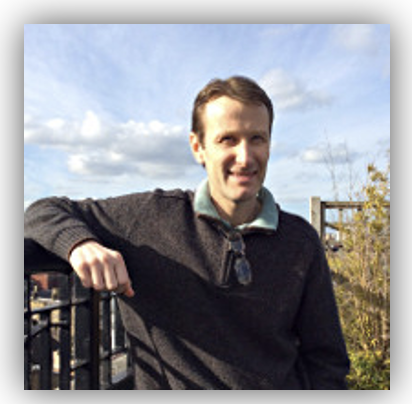 The Reverend Dr. Jeffrey Lake
is Associate Priest of St Bride’s Church.
He is a Self-Supporting Minister who works in local government
and is currently Deputy Director of Public Heath for Westminster City Council
and the Royal Borough of Kensington and Chelsea.

This evening I’d like to share with you some of my reflections during the COP 26 meeting in Glasgow[i] promoted amongst other things by comments that referenced the passage from John’s Gospel that we’ve just heard.

In a Church Times podcast called ‘Everyone Now’, freely available online to anyone who might be interested, Dámaris Albuquerque, Director of the Nicaraguan council of protestant churches, reflecting on the climate crisis, notes that the miracle of the feeding of the five thousand actively involves other people.   Andrew, Simon Peter’s brother, said to Jesus “There is a boy here who has five barley loaves and two fish. But what are they among so many people?” Jesus instructed them to make the people sit down on the green grass.  He gave thanks and then distributed the food, enough for all to eat and with enough remaining to fill twelve baskets.  Damaris reminds us that this story speaks of our calling to use what we have, however inadequate it might at first appear and rather than horde for ourselves to share with others following Christ’s example.  Jesus said ‘as the Father hath sent me, even so send I you’.  When we share openly with one another, miracles can occur.

I also came across a quotation from George Monbiot’s book ‘Heat’ which struck me both for its insight on the one hand and its oversight on the other.  He writes that given that climate change is the greatest danger the world now faces, those who are campaigning to reduce its impact are astonishingly few. “It appears to be easier to persuade people to protest against all kinds of relatively trivial issues, than to confront a threat to our existence” he says. “There is an obvious reason for this; in other cases something is being done to us. In this case we are doing it to ourselves. In fighting climate change, we must fight, not only the oil companies, the airlines and the governments of the rich world; we must also fight ourselves. It is a campaign not for abundance but for austerity. It is a campaign not for more freedom but for less. It is a campaign not just against other people, but also against ourselves”.

To begin with that passage’s insight, I think in these comments George Monbiot points to a very interesting dynamic presented by climate change.  Namely, the battle it involves, not least within ourselves.  Gus Speth, an American writer, academic, and civil servant who has been at the heart of global climate-change politics for decades provides illumination.  He says – “I used to think the top environmental problems were biodiversity loss, ecosystem collapse, and climate change. I thought that with 30 years of good science we could address those problems; but I was wrong. The top environmental problems are selfishness, greed, and apathy. To deal with those we need a spiritual and cultural transformation, and we scientists don’t know how to do that.”

So, to the oversight.  What George Monbiot overlooks and what Gus Speth intimates towards is the role and the contribution of faith because the challenge of climate change reflects the age-old battle in our world, in our communities and in our hearts.  Namely the battle between those forces of selfishness, greed and apathy on the one hand and compassionate generosity and love on the other.  It is ultimately a battle between life and death.

Today’s Gospel and Dámaris Albuquerque’s analysis of it point to the nature of God’s abundance.  There need be no austerity of compassion, no austerity of love.  In its sharing love grows, it is not depleted but rather expanded, deepened, enriched.  In recognising this economy of grace, might not our relationship with the material world be changed, freeing us from our destructive patterns of exploitation.

Our planet remains on course, even by optimistic estimates, for very damaging climate change, for significant loss of biodiversity and a wide range of negative social impacts, particularly on the most vulnerable in our world.  We live in a culture that often ignores death, its realities often too difficult and too painful to face.  As Christians though, the knowledge of Christ’s victory over death can help us to look and not be overwhelmed.  With our eyes open we see that the forces of death are powerfully arrayed and yet we slumber still, the resources and capacities at our disposal look meagre.  Nevertheless, we can deploy them and not just for ourselves but for others and as we do so we might give thanks and pray for miraculous working in our lives.

There is a quote attributed to St Francis of Assisi that is very apt, he said, he said “Do what is necessary. Then do what is possible, and before you know it you are doing the impossible”.

All glory be to him who is Father, Son and Holy Spirit.
Now and to the ages of ages.

About the Author: Lake, The Rev'd Dr. Jeffrey