Rosemary Hart is a retired city lawyer, a charity trustee and a lifetime Anglican. A regular church goer and a lover of the Book of Common Prayer and Choral Evensong, she lives in London and Dorset. 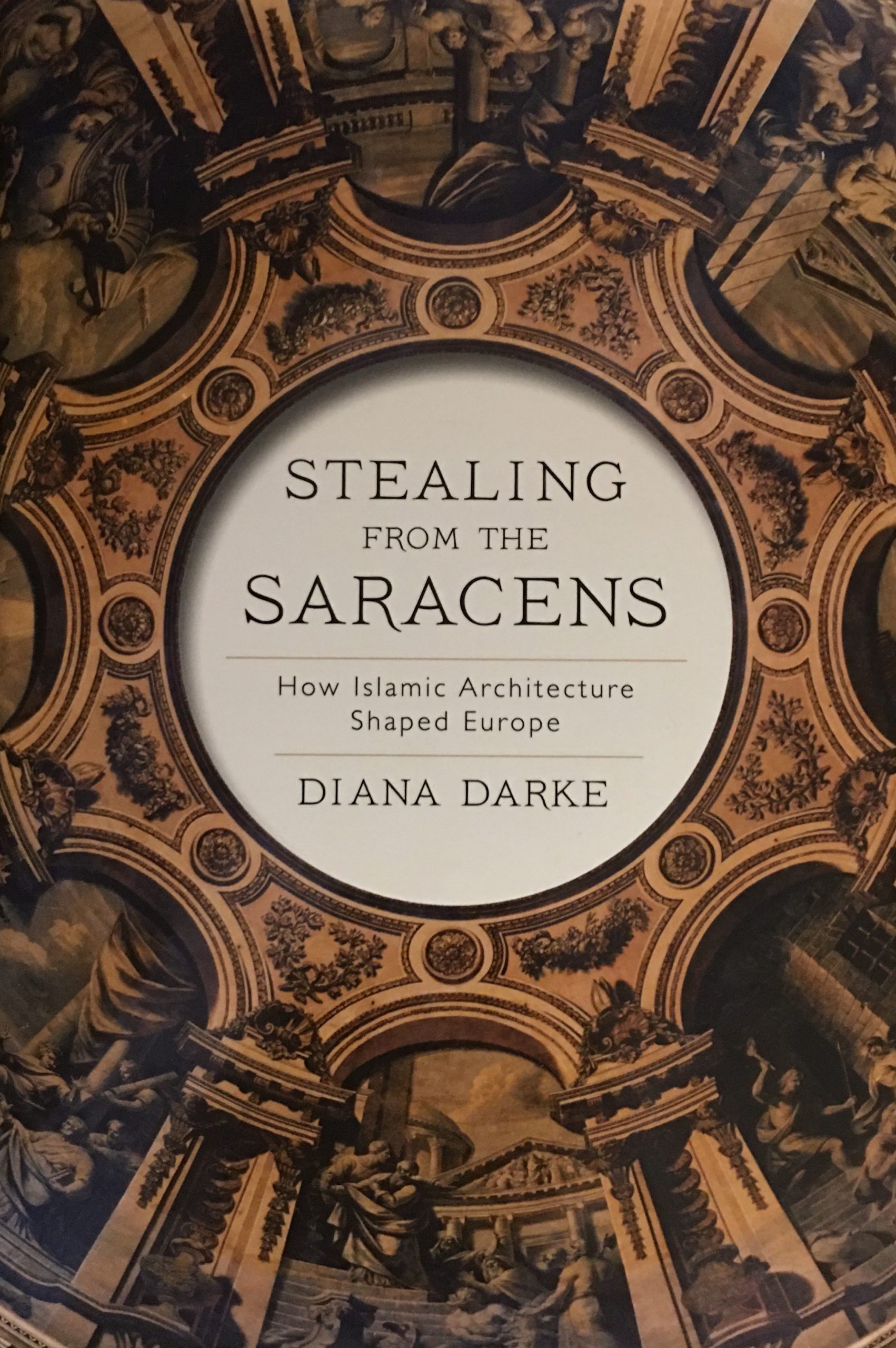 In this fascinating book Diana Darke explores the influence that Arabic and then later Islamic buildings have had on the development of the great gothic style churches, cathedrals and other buildings of Europe. Secular buildings in the gothic style which are also considered include The Houses of Parliament in Westminster and the Doges Palace in Venice. Starting first with the earliest Christian churches in the now ruined dead or forgotten cities of the Idlib province of Syria through to more familiar structures of Andalusia, Jerusalem and Istanbul she builds up the connections and stories of how Christians from Europe encountered and brought back home the ideas and forms of these magnificent buildings.

It is a revelation to learn of the early churches of Byzantine Christianity in Syria, which date from the 1st to 7th centuries AD with their triple arches, cornices, columns, clerestory windows, mosaics and stained glass windows. These ruined ancient buildings have been recognised by UNESCO as a World Heritage Site since June 2011 but are now, sadly, in an area of conflict that cannot be visited. Diana Darke as an Arabist and cultural expert who has lived and worked in the Middle East for over thirty years has been able to visit them many times from the 1970s until her last visit in 2010. Her familiarity with them enables her to draw the parallels that she does so powerfully in this book.

Those who have visited the Islamic sites and buildings Darke refers to in Sevilla, Granada, Cordoba, Toledo and Istanbul will have been struck by their magnificent beauty but perhaps only seen them as exotic and “other”. However, she is able to demonstrate how our much-loved Anglican gothic churches have taken so many of their elements from these earlier buildings.