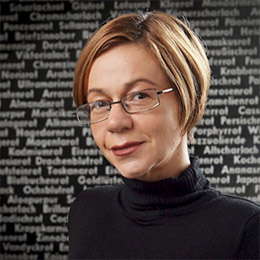 Clemena Antonova is a Research Director at The Institute for Human Sciences, Vienna. An art historian (M.A., Edinburgh and D.Phil., Oxford) she has interests in Russian religious philosophy and, more generally, problems relating to the role of religion in modernity. She has held research positions at several institutions, including the University of Edinburgh (2007), the Royal Academy of Arts and Sciences in Belgium (2010), the IWM (2011-2013 and again in 2018), the University of Cologne (2015-2016), the University of Aix-Marseilles (2017). She continues her affiliation with the Institute for Orthodox Christian Studies at Cambridge, where she contributes to the Master’s programme.

Abstract:
To address some of the questions that have come out in the debates on the refugee crisis, I will consider, in Part I, the contrast between the attitudes towards refugees in terms of two concepts of solidarity. In Part II, I will ally myself with a line of thought that holds that there is a longer, Christian genealogy to modern concepts that we usually see as the result of the Enlightenment. Thus, Christ’s message to leave “mother/ father/ “children” brings across a radical case for universal solidarity, which implies that the care for all and the care for some are not just different notions, but they are ultimately irreconcilable moral intuitions.

Any cookies that may not be particularly necessary for the website to function and is used specifically to collect user personal data via analytics, ads, other embedded contents are termed as non-necessary cookies. It is mandatory to procure user consent prior to running these cookies on your website.