Truth and Reconciliation for Today

Truth and Reconciliation for Today 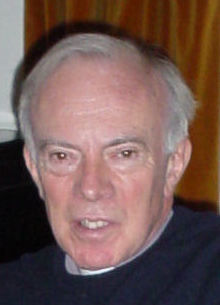 Where is the church’s voice in public affairs? We do see occasional episcopal pronouncements, and occasional letters in the press. But most of the attention the past year, when any has surfaced at all, has not been on what the church and theology might have to say to the rest of society, but on what is seen as the dire state of the Church itself – the future of the parish, the financial crisis and even conjectures as to whether it can survive at all? When tempted to join in this Eeyore-like gloom, I remind myself of Thomas Arnold’s famous aphorism from the early nineteenth century that ‘The church as it now stands, no human power can save’, but whether by God’s grace or through sheer inertia, we are still here.

One thing which has shaken me and many others out of our despondency about this seemingly growing marginalisation of the church, were the universal tributes to Desmond Tutu on his death, because Tutu was a supreme example of the desperate need for theological thinking and Christian involvement in public life. He made a difference in standing for divine and human values in a society which had largely forgotten them, seen not least his chairing of the Truth and Reconciliation Commission in South Africa, demonstrating howe God pierces through the pretence, hypocrisy and downright lies, which stain our political life, but where God comes to us with forgiveness and healing. Anyone who thinks that we can do without God, and that a properly engaged public theology has nothing to say, should look at Tutu’s witness and achievements. He spoke a theology in a way everyone could understand, one which cut to the quick, but was always delivered with love, and often with humour and delight.

Any of us involved in the theological world need to relearn the common tongue, because unless we do so, we will be doomed to irrelevance. There are lively and mutual enriching debates going on between theologians and scientists of all sorts, and between religion and the arts, but above all we need a fearless theological input into the world of politics and economics.

Part of the problem lies in a false antithesis between the sacred and the secular which still persists. You may recall the attacks on Bishop David Jenkins after he had the gall to bring the matter of the bitter miners’ strike of 1985 into his enthronement sermon, referring to the then chairman of the Coal Board as ‘an elderly imported American’. One M.P. retorted that ‘I would rather have an imported American who knows something about the industry, than a bishop who seems to know little about Christianity’, whilst another laid down the episcopal role in no uncertain terms: ‘His duty is to save souls and not to preach socialism’.

This may now seem ancient history, but we still have to convince ourselves and others that theology is not some discrete activity for people of faith in our private lives. Rather, it’s about God’s interaction with the creation in its entirety, and thus not restricted to some separated-off sacred sphere. In other words, politics and economics are too important to be left to politicians and economists, and theologians and Christians in general, however marginalized we may feel, are needed more than ever, to bring the fundamentals of truth and reconciliation to bear on the problems and threats we face nationally and globally. Tutu did this for his time and situation. We need to do so for ours.