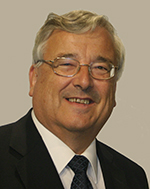 The Rev. Dr. Paul Badham is Emeritus Professor of Theology at Trinity Saint David University (Lampeter Campus). He is author of Is there a Christian Case for Assisted Dying? and Making Sense of Death and Immortality.

The last two attempts to change the law on assisted dying were blocked by well organized lobbying from Christian organizations and by the unanimous opposition of the Bench of Bishops in the House of Lords. This is sad because this opposition does not represent what most Christians want.

The most important reason for this is that the religious arguments against assisted dying simply don’t stand up. To claim that only God should determine the hour of our death is something that no one today consistently believes. If they did they would be just as opposed to human interventions to prolong life, as they are to assisted dying. If it were seriously thought that only God should chose the moment of our death, we would not resuscitate people whose hearts had stopped but would simply accept that God had chosen that moment to end that human life. Thankfully no one takes that line.

Similarly Pope John-Paul 2’ s claim that ‘suffering in the final stages of life has a special place in God’s plan of salvation’ would contradict all attempts to palliate human suffering and hence would be equally unacceptable on both sides of the debate.

For some the commandment ‘Thou shalt not kill’ is decisive. But that command is better understood as forbidding murder, rather than making an absolutist stand against all killing. This is shown by the fact that the Old Testament law code endorses killing in warfare as well as authorizing capital punishment for a wide range of offences. The commandment was never invoked against heroes who committed suicide to avoid a humiliating death.

Some Christians say they oppose assisted dying because they want to uphold the sanctity of life and see life as a gift of God to be treasured and valued. But this argument is irrelevant to the debate because supporters of a change in the law believe equally strongly in the sanctity of life. They see themselves upholding the sanctity of life when they allow people to die when their lives become a travesty of what a human life should be. Moreover from a New Testament perspective ‘The gift of God is eternal life’ and on that understanding the gift of life is in no way diminished by death.

However these religious arguments rarely surface in public debate. Instead Church leaders switch to assertions about what they think would be the consequences of allowing assisted dying for the well-being of the old and ill and for the development of palliative care. In the latest declaration from the Church of England, Lord Falconer’s bill¹ is opposed on the supposed ground that ‘Any change in the law would negatively redefine health care … and would have far-reaching and damaging effects on the nature of our society.‘

What is wrong with this claim is that there is no evidence to support it. These consequences have not happened in any of the European countries or States of the USA which have authorized assisting dying or voluntary euthanasia. On the contrary what their evidence shows is that countries where people are willing to give assistance to those who want to die are more, not less, likely to show comparable compassionate help to those who want assistance to live on for as long as they can.

To claim that ‘a right to die would become a duty to die’ because the old and ill would feel under pressure to ask for an assisted death is falsified most clearly by the Swiss experience. They have permitted assisted dying for over seventy years but the fact that on average the Swiss live two and a half years longer than we do, and that they live longer with terminal illness shows that this argument is nonsense. It is worth googling the OECD or the WHO websites on comparative health care. It becomes apparent that the Swiss have four and half times as many hospital beds as we do and far more doctors and nurses. It is true of course that around a hundred foreigners a year travel to Switzerland to end their lives in the Dignitas clinic in Zurich but these numbers are dwarfed by the 30,000 foreigners a year who travel to Swiss hospitals and sanitoria for the latest and best medical treatments.

Likewise it is false to claim that palliative care could be put at risk. The Oregon Hospice Association had fought bitterly against the passage of the Dignity in Dying Act in their state. Moreover when the Act was passed they appealed all the way to the US Supreme Court to have the Act declared unconstitutional. However American appeals are very slow and it was eight years before the Supreme Court finally ruled that States could make their own laws in this area. At this point the Oregon Hospice Association issues a new position statement acknowledging that after eight years of seeing how the Act worked, ‘Absolutely none of our dire predictions has been realised.’ Instead the numbers dying in hospice care had risen from 22% to 51% during the first eight years of the working of the Act and numbers have continued to rise ever since.

Similarly the European Association on Palliative Care found that in the Netherlands, Belgium and Luxembourg palliative care has improved since assisted dying or voluntary euthanasia has been legalized Indeed Belgium introduced a universal right to palliative care at the same time as it introduced its euthanasia law. Why should the same not happen here? I conclude that the religious arguments against assisted dying do not stand up and that the practical objections based on fear of what might happen are equally groundless.

On the more positive side I believe that there are good religious grounds for supporting assisted dying. Jesus taught that the whole of religious law and prophetic teaching could be summed up when he said that one should love God and love your neighbour as yourself. His ‘golden rule’ for interpreting this command was the axiom that one should ‘always treat others as you would like to be treated yourself’. I suggest that there are no moral issues where the teaching of Jesus is more directly relevant than in relation to assisted dying. Opinion polls repeatedly show that what we want for ourselves is the option of an assisted death if we should ever find ourselves suffering unbearably in the final stages of a terminal illness. If this is what we want for ourselves then this is what we should want for others.

According to St. Paul the great new insight of Christianity was its emphasis on ‘compassionate love’: (in Greek agape and in Latin caritas). This was far more important than faith or hope or willingness to be martyred. This again is highly relevant to the current debate.

When peoples’ sufferings are so great that they make repeated requests to die, it seems a denial of that loving compassion which is supposed to be the hallmark of Christianity to refuse to allow their requests to be granted. If we truly love our neighbour as ourselves how can we deny them the death we would wish for ourselves in such a condition?