SYNODALITY AND TOGETHERNESS IN THE ANTIOCHIAN, SYRIAC MARONITE CHURCH

SYNODALITY AND TOGETHERNESS IN THE ANTIOCHIAN, SYRIAC MARONITE CHURCH
Reflections on a workshop held in Berlin August 2022
by Archbishop Paul Sayah, PhD

SYNODALITY AND TOGETHERNESS IN THE ANTIOCHIAN, SYRIAC MARONITE CHURCH

Reflections on a workshop held in Berlin August 2022
by Archbishop Paul Sayah, PhD 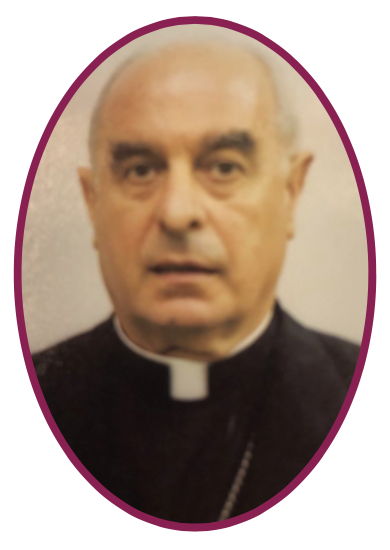 “WE CHOOSE ABUNDANT LIFE”
(New Choices for Christians in the Middle East)
A WORKSHOP ON SYNODALITY AND TOGETHERNESS
August 26-27, 2022, Berlin, Hotel Albrechtshof

A workshop organised jointly by the German Conference of Catholic Bishops, and the Committee representing the group of theologians and other intellectuals, from the countries of the Middle East, who wrote the document “We Choose Abundant Life”.[i]  The aim of the workshop was to reflect further on the document, and particularly, on the section which dealt with “Synodality and Togetherness”.

I will divide my reflections into two parts:

First: Introductory remarks on the concept of synodality and togetherness. Synodality in the Maronite* Church, and the process as reflected in the preparatory phase of the “Assembly of the Synod of Bishops”, 2023 on the topic of “Synodality: Communion, Participation and Mission

Second:  Synodality and togetherness as they are practiced by the Church in Lebanon and the Churches throughout the Middle East. Synodality and togetherness in the Middle East, as reflected particularly within the boundaries of the Middle East Council of Churches, based on my involvement with the Council for over 30 years, as member of the Executive Committee, Associate General Secretary and Director of the Unit “Faith and Unity”, dealing with Ecumenical dialogue, and Christian Muslim dialogue.

One of the important theological developments brought about by Vatican II is the emphasis on the concept of Synodality and Communion in the theology of the Church and its evangelizing Mission. Lumen Gentium defined the Church first of all as the community of the baptized, the “People of God”, and then it talked about the hierarchy. The Church is not a democracy, but it is not a monarchy either, nor is it an oligarchy, nor an autocracy. It is the community of believers journeying, together under the guidance of the Holy Spirit. From the very beginning of the Church, Synodality was always an integral part of being Church, part of the way the Church lives and operates and is structured. In other words, Synodality and togetherness (or journeying together) are constitutive dimensions of being Church, i.e.  the Church is Synodal by its very nature and identity.

Synodality as an integral part of the structure of the Church and her way of being, calls us today as a community to journey together, with every faithful in the Church, more particularly with those who, for one reason or another, have been marginalized. Our journey should always be guided by the light of the Spirit. Such process recognizes everyone’s gifts and charisms, and brings them together for the benefit of the Church community and the entire human family.

Synodality calls upon us to explore the most effective ways of working together, carrying out the responsibility of the proclamation of the Gospel, purifying ourselves from the pursuit of power and personal interests, for the benefit of promoting Communion and fraternity among members of all Christian denominations, so that we may all carry out together the Mission of the Gospel, while remaining open to the different religions as well as the various popular movements and civic organizations.

II – SYNODALITY AND TOGETHERNESS IN PRACTICE

The Maronite Church, is an Eastern Catholic Church. While being ultimately under the authority of the Pope, it is, like all Eastern Catholic Churches, governed by a synod. The Synod is composed of all the bishops, presided over by the Patriarch. It is responsible for the governance of the Church as a whole. For example, the Synod of bishops elects the Patriarch, informs Rome, and requests communion for him with the Pope. The Synod elects also the bishops and submits to the Pope, one name for the positions within the Patriarchal territory asking for his assent and for him to be welcomed into communion with the Pope. Three names are submitted to the Pope for each vacant position outside the Patriarchal territory, to choose one of the three and to welcome him into the Communion. Besides all matters liturgical, theological, spiritual and legal are also decided by the Synod, in accordance with the Code of Canons of the Eastern Churches (CCEC).

The Maronite Church has a long history in the practice of Synodality. Besides practicing synodality in ordinary governance, it held several formal synods, starting with the “Lebanese Synod” held in 1736. The most recent Patriarchal Synod was held 2003-2006, with the participation of delegates, lay and clerics, from the Patriarchal Territory as well as the Maronite Communities worldwide. Presently, extensive consultations are carried out in preparation for the coming Assembly of the Synod of Bishops in 2023 entitled “For a Synodal Church: Communion, Participation and Mission”.

A great deal of enthusiasm was noted during the preparatory phase of the 2023 Synod, particularly among the youth. Their reflections focused mainly around the life of the local Church, and he process showed a clear sense of responsibility, and was a good exercise in the practice of critical thinking.

A call to multiply initiatives to assist people in need

Pay greater attention to the marginalized and those on the peripheries.

Intensify formation of the youth in interfaith, ecumenical and civil dialogue.

Greater transparency in Church accounts through the introduction of audit in all parish accounts.

Assure greater availability on the part of the priests

Organize prayer groups in the parish

All the Churches of the Middle East, with the exception of the Assyrian Church of the East, are members of Middle East Council of Churches. They are classified in four families: The Oriental Orthodox, the Eastern Orthodox, the Evangelical and the Catholic family. The Council is the only regional institution that brings together all those Churches.

The effectiveness of our presence in the region depends a great deal on our ability to journey together and witness together. However, we have to be aware of the geopolitical realities which make the task of journeying and witnessing together quite complicated. In all the countries of the region, Islam is the religion of the State, freedom of conscience is lacking and freedom of religion as well, with slight differences between one country and another. Lebanon is the only exception, where all freedoms are guaranteed under the Constitution, including the freedom of conscience, and where there is separation between Religion and State. That topic is dealt with in the document “We Choose Abundant Life”[iv] and I need not elaborate much. You can simply operate in each country within the framework set by the local authorities. The history of the document “We Choose Abundant Life” tells a part of that story. The executive leadership of the Council plays a vital role, depending on her/his ability to decide and act independently of the civil authorities.

In my experience ecumenical activities are possible within the limits and framework set by the civil authorities in each country, and a great deal of strictly theological, pastoral and humanitarian activities can be carried out, but always within the set limits. The Churches need to come together and journey together towards a more effective presence in their various environments. However, a greater attention could be given to specific programs for youth and women that allows them to be included in the synodal process.

A Synod for women:

This Synod is another sign of the times, it is a new and ground breaking initiative taken by the Women’s Bureau of the Patriarchate. It was approved also by the Maronite Synod of Bishops in June 2021, and officially launched by the Patriarch himself in March 2022. Here are a few citations from the document which introduced the holding of the Synod to the Church:

“This synod is an invitation to explore the reality of being a woman in our Church and society today: her status, her role, her rights and duties…”

“The synod aims at reinforcing the active commitment of women in the Church and society.”

“It is meant to help empower women so that they may exercise greater leadership in education, and management, and play a bigger role in political life and be more involved in the Church, and more specifically in liturgical and pastoral matters.”

Synodality and togetherness involve a joining of efforts and progressing together in the service of the Church’s Mission of evangelization. The invocation of the Holy Spirit to lead the way is vital because there is a danger, with such initiatives, that people may go astray and instead of following the Way of Christ end up losing their sense of communion and following their own way. Honest discernment should be practiced constantly, at every step of the way, to make sure that it is the cause of the Mission that is prevailing and not our own interests. We should always have the lucidity to discern and the courage to change and rectify if need be. The Church hierarchy ought to remember, once again, that their raison d’être is to serve the People of God, and particularly the marginalized.

[ii] Synodality (from synod which is Greek συν [“together”] + ὁδός [“way”, “journey”]) is in the Roman Catholic Church a term “often used to describe the process of fraternal collaboration and discernment that bodies like the Synods of Bishops were created to express.

Synodality denotes the particular style that qualifies the life and mission of the Church. The Holy See’s International Theological Commisson states that synodality, when it concerns the Catholic Church, designates “the specific modus vivendi et operandi of the Church, the People of God, which reveals and gives substance to her being as communion when all her members journey together, gather in assembly and take an active part in her evangelising mission ” Synodality also “refers to the involvement and participation of the whole People of God in the life and mission of the Church.

[iii] The name Maronite comes from the founder of the Church; a monk, a hermit, by the name of   Maron, who died in 410 in what is now the region of Aleppo, Syria.

[iv] “We Choose Abundant Life: Christians in the Middle East, Towards Renewed Theological, Social and Political Choices” is a recent document put together by a select group of intellectuals from the region, looking at the situation of the Christians in the Middle East, and discussing the big challenges facing them, and the choices on which the future of the Christian presence in the region depends.

About the Author: Sayah, Archbishop Paul